Why not add your Tesco clubcard, and others, to your iPhone’s passbook app.
Make me a pass

Apparently, some kids are running up large bills for their parents by buying extra goodies within iOS game apps.

You can disable in-app purchases quite easily. See here for details. Via 52tiger.net

Firstly, I’m not one that could be described as an early adopter of new Apple products. The reasons for this are twofold; initial cost, and early teething problems with both hardware and software.

My first Mac was a 2nd revision G5 iMac. I’d been pondering on getting a Mac for some time, even before the G4 iMac was replaced with the G5.

When the G5 was released in 2004 there were some issues and concerns over heat control in the all new form factor and some Mac’s were recalled. I therefore held out for the 2nd revision, released in May 2005, before handing over the cash for a 17″ model with 2GHz processor, 250GB HDD and 512MB Ram. I upgraded the Ram to 1.5GB myself with 3rd party Ram.

This Mac served me well and, as an introduction to the world of Apple, it was fantastic; I loved it. I did have the Logic Board replaced under a warranty replacement scheme although mine hadn’t shown any problematic symptoms. Other than that though it was flawless.

I replaced this Mac in 2009 with a used 2007 20″ iMac with 2.33GHz intel Core 2 Duo processor, 500GB HDD and 4GB Ram. The model is the last one Apple made in white before switching over to the aluminium models. I still liked the white model, which is why I sought out a good used one at the time, as Apple were no longer selling them. This is the Mac I’m using now, running Snow Leopard 10.6.8. I have Lion installed on another partition. As for Mountain Lion, this Mac won’t support it.

This Mac is still going strong but is being held back a little now by the relatively low amount of Ram and it’s lack of support for Mountain Lion and future versions of OS X. So, I will be looking to replace it sometime soon.

A few Airport devices that handle WiFi and AirPlay duties

I use quite a few of the Mac’s built in apps such as Safari, Mail, iTunes, iPhoto, iMovie and of course Time Machine.

Other regularly used apps include…
LaunchBar A ‘launch’ app that opens webpages, apps and files by using abbreviations. Can do a whole lot more too.
Twitterific For Twitter on my Mac.
Dropbox Stuff in the Cloud.
Notational Velocity A simple notes app (which syncs with the Simplenote iOS app).
Mactracker A neat little app for getting info on Apple products old, and new.
Chrome For when Safari can’t do it.
EasyCrop Neat little app for quickly cropping images. Used mostly for cropping artwork for iTunes.
TextExpander A brilliant text expansion utility.
PopClip An iOS-like copy/paste utility. Well worth the couple of quid it costs.
Soundsource Simple utility for switching sound output devices.

Again, I use a bunch of the built in apps such as Safari, Mail, Twitter, Reminders, etc…

Hopefully, my next Mac will be a new iMac with an SSD and at least 16GB Ram.

My intention for this new blog page is to post tips and how to’s for Apple Mac OS X and iOS users. I will post links to Twitter so my followers will know when I’ve posted a new tip. Follow me at @lrwebbmac.

I follow quite a few Apple related blogs and one of my favourite kinds of posts is the ‘Mac setup’ post. I’ve always enjoyed reading about the hardware and software choices of others and why their setup works for them. Plus, I’ve often discovered new apps too. 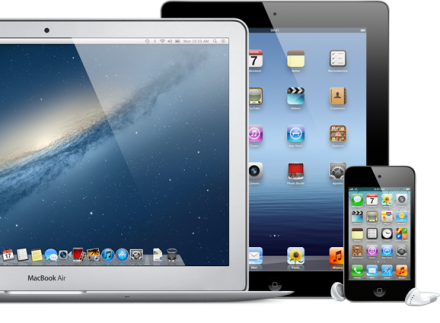 Macnology provides support, advice and tuition for all your Apple devices.

"Helped fix an issue with Safari running slow, which was a complete mystery to me. Taught me some other good Internet practices too" — Martin, Hythe

"Lee helped me after my email had been hacked as I had no idea what to do. He was calm and reassuring, and helped me develop a more secure password method" — Duncan, Salisbury

“Over the past year Lee has helped me tremendously, the data, files and backup on my computer is far more organised and I realised more of the capabilities of my computers to help me be far more productive” — Michael, Timsbury, http://www.deviceaccess.co.uk

“In summary, what he offers is of great value and quality. I would have no issues in recommending Lee and Macnology!” — Michael, Timsbury, http://www.deviceaccess.co.uk

"Very understanding when dealing with a mature novice, sorted the iMac problem out straight away" — Sally, Wiltshire

"Very helpful and patient guy, would thoroughly recommend contacting him with any Apple problem" — Martin, Hampshire